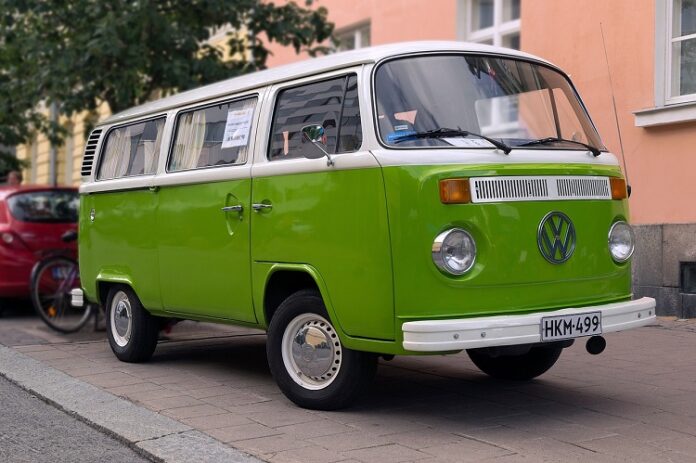 There are millions of commercial vehicles such as vans currently in use on Britain’s roads today, and for the most part they are used as a tool of the trade by many workmen and women across the UK.

But as with any vehicle, after a while there comes a time where a van needs to be taken out of service and replaced with a newer or different model. So, you might go off and get yourself a new van, but what do you do with the old van? Sell it? Keep it as a spare van?

It can sometimes be hard to decide what to do with a redundant van, but have you ever thought about giving that old van a new lease of life and repurposing it? You could decide to use that repurposed van as a sideline business, or perhaps sell it on as a ready-converted van for someone else to enjoy.

Here are five clever ways of repurposing a van that people have done:

You often see cash machines in all sorts of locations, such as the lobbies of major hotels, in commercial buildings, at motorway service stations, and at amusement arcades (those ones are probably used the most)!

A mobile ATM offers a great way of getting cash to people when they need it, such as large festivals far away from major towns and cities, and even in remote parts of the UK where there is no public transport and the elderly find it hard to get transport to the next nearest town with such facilities.

If you have a significantly older van, such as the iconic Type 2 split-screen Volkswagen Transporter pictured above, one thing you could do with it is restore and clean it, and offer it for hire at special events such as weddings, prom nights, and more!

There are also many people that want to be readily-converted ice cream vans so that they can start their own businesses, so if you are handy with power tools and have contacts to get some great artwork painted on the vans, you could make yourself a tidy profit by selling your newly-repurposed van on!

Many large-scale events such as music festivals and other large gatherings of people need a certain element of security so that people can feel safe at such venues. One way of ensuring the safety of all people involved is to set up a CCTV system and control it from a mobile control centre.

These are probably one of the easiest ways of repurposing a van, as it requires little in the way of investment or work (apart from running electrics and cabling to computer systems inside the van).

If you have just bought a newer van from a used vans Essex dealer, for example, and you now have a spare van, you could always convert it into a mobile music studio – perfect for kicking out those beats at all sorts of outdoors venues across the UK!

Julia Hulsey - January 12, 2022 0
What Does Smart Home Mean? Smart homes are a reality for many homeowners, thanks to technology and home automation systems. Smart homes are designed to...

All You Need to Know about Cold Chain Shipping

Julia Hulsey - December 6, 2018 0
When goods and products travel by freight they can change from one type of transport to another. From its original storage to the back of the...

Julia Hulsey - June 20, 2018 0
Local business owners don’t realise how much money they end up paying on utilities until it’s too late. Utility services such as property maintenance...

Always Research a Professional Linen Company Before Deciding on One

Julia Hulsey - August 15, 2017 0
Almost all businesses need linens, but this is especially true for hotels or any other business that has a kitchen. Linens can include napkins...

Tricks of the Web Writing and Marketing Trade

Julia Hulsey - October 7, 2016 0
Visitors don’t read your content — they scan it very quickly, thus it is important to catch the attention of readers in as short...

5 Tips To Take Care Of Your Car In Winter

A Guide To Organising Travel Insurance For Medical Conditions

Tricks of the Web Writing and Marketing Trade